Ruminant animals, such as cows, are known for “chewing their cud” over and over before digesting it. It’s a process that enables them to get maximum nutrients from plant-based foods — they ferment the food in a special stomach, regurgitate it and chew it again. The rechewing allows them to break it down and digest it more easily. It’s easy to see the parallels with the way we humans sometimes think about an unpleasant event over and over and over again in an attempt to process it — in fact, we have a word for that, rumination. 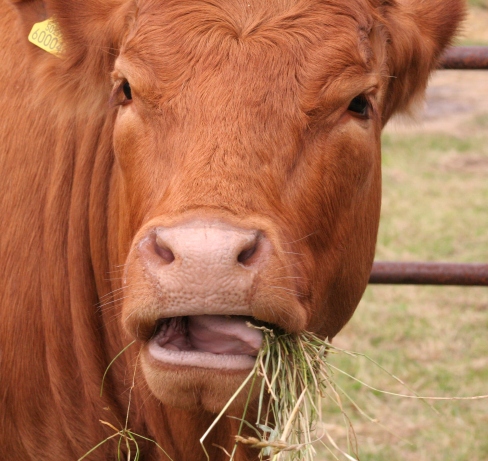 Unfortunately, we probably aren’t getting any beneficial nutrients from our rumination process. In fact, when someone tends to chew things over, and also has a pessimistic explanatory style, they are more prone to depression. Such nonstop rumination with no positive action statements not only fuels depression, but has been shown to extend the cortisol release that happens during stress.

Most of the time, I do a good job of keeping myself from rumination (some research does show that women are more likely to ruminate than men are). I’m a pretty positive thinker, I have a lot of distractions to keep me busy and I’m usually good about expressing my feelings to others. Lately, however, I’ve found myself engaging more in rumination after some stressful interactions, getting caught up in a kind of circle game with the same thoughts going round and round in my head. So I’m turning to the experts to help me get back on track.

Martin Seligman has several skills that he recommends for ruminators. Thought stopping is the first one. Literally say, or even yell, “Stop!” You can write it on a card to remind you, or ring a bell — anything to shift your attention away from the recurring thoughts. Because it is the nature of rumination to circle around in the mind, you can even schedule another time to think about it. The purpose of these thoughts is to remind you of the event, so sometimes writing down the thoughts helps too. If they are written down, you no longer need the mental reminder, and you can stop thinking about them.

The use of expressive writing about the stressful event may also be useful. The important thing is that the writing can’t just be ruminative, a regurgitation of the events. It has to be turned into a story, attached to feelings, and ideally, reveal insights into the situation that might move you forward. What are the emotions and feelings that surround the story? Fear, guilt, regret, anger? The RULER method teaches us to recognize, understand, label, express and finally, regulate emotions. Writing about the troubling event can be a healing part of that process because it is an opportunity to take the first four steps (RULE) and attach them to the story.

Several studies have shown that mindfulness reduces rumination. One that was published in 2008 (Chambers, et. al) showed that after a 10-day intensive mindfulness program, participants demonstrated reduced rumination, fewer depressive symptoms and more working memory capacity. Since mindfulness is all about staying in the present moment, this makes sense — it’s hard to think about a past event while staying present. If the unwelcome thoughts come up during mindfulness practice, we learn to just observe them, without judgment, and let them go.

Ultimately, rumination is a desire to control an event that is out of our control — either because it has already happened or it involves other people’s actions, not ours. We all wish we could have do-overs, or make other people do what we want. The techniques that I’ve mentioned here help to distract, heal and re-focus from what is out of our control. Eventually, we may learn to surrender to what is, accept the reality of it, go with the flow, and trust the universe to make it right.

2 thoughts on “Got troubles? Don’t chew them over.”