Does Cory Booker practice yoga? I wonder because the Newark, NJ mayor was speaking the language of yoga in an interview with the Washington Post’s E.J. Dionne a few days ago. Discussing violence and crime prevention, he said, “Fear is a toxic state of being. You’ve got to lead with love.”

At its essence, the word yoga means to yoke, join or unite. It strikes me that Booker is speaking that language when he says that love can unite people when it replaces the fear that’s at the heart of so much of our distrust of each other. Yoga teacher Kathryn Budig says that in order to meet challenges, we need to “let go of fear and move back into a place of love.” I think they are saying the same thing. 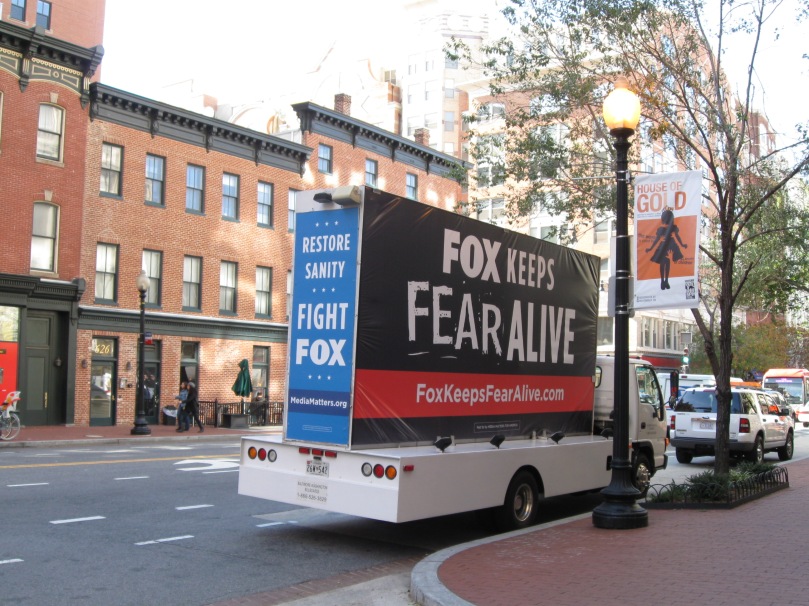 Stress often comes from being unfamiliar with a person, place or experience. That fear of the unknown often manifests itself by us labeling someone or something as “other”, as different from ourselves. By focusing on differences we harden ourselves to feeling any compassion for the other, and we rationalize conflict and dislike. We use otherness as an excuse for our feelings about people of different nationalities, religions, races, political parties, social groups, or abilities. It makes it easier to ignore the paths that might lead to understanding.

Cory Booker’s interview covered a lot of topics, but he was talking in the aftermath of the George Zimmerman acquittal in the death of Trayvon Martin. While there’s a lot we’ll never know about that tragic evening, we can be pretty sure that it started when one person saw another and labeled him as “other”.  It started with fear and distrust.

I’ve written here before about the “Just Like Me” meditation developed by Chade-Meng Tan. Combined with a loving kindness meditation, it becomes a powerful process for tearing down those feelings of otherness. The heart of it is acknowledging that the other person has the same needs and desires for health, happiness and love that you have.

As Meng says, “There are three premises behind this practice. The first is that when we perceive somebody as being similar to ourselves (“just like me”), we become much more likely to feel and act positively towards that person. The second is that kind and loving thoughts towards another can be generated volitionally. The third premise is that mental habits can be formed with practice, so if we spend time and effort creating thoughts of similarity-to-others and loving kindness, over time, these thoughts get generated habitually and effortlessly…” 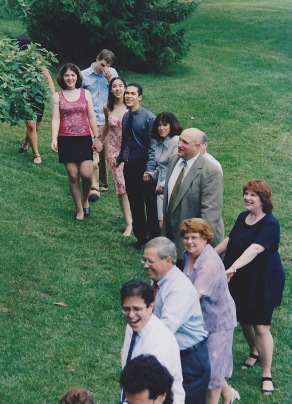 It takes practice to get to the point where we react with love and kindness first. But isn’t it worth the effort? The “Just Like Me” meditation is a tool for finding our common ground, our humanity. President Obama said last week that, “we should ask ourselves if we’re doing all we can to widen the circle of compassion and understanding in our own communities.” That circle starts with compassion for self, then widens out to families, friends, to neighbors, communities, and eventually encompasses the stranger, the “other”, even perhaps an enemy, by admitting the truth that they are “just like me.”

Does expressing emotions scare you, or make you feel somehow weak? As much as we over-communicate these days, we often keep our emotions in check or hide how we really feel. Perhaps cultivating greater emotional awareness can help us express our emotions more often and more constructively, and lead to more fulfilling relationships at home and at work. 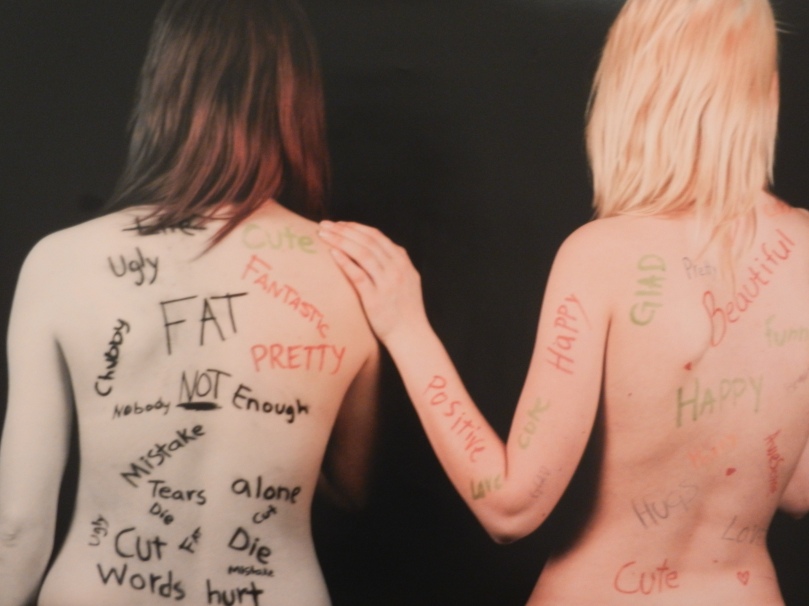 Psychologist Paul Ekman has written that “Without emotions there would be no heroism, empathy, or compassion, but neither would there be cruelty, selfishness, nor spite.” He has studied how our facial expressions convey emotion, and written extensively about paths to a more balanced emotional life.

Interestingly, we might not be expressing emotions in writing as much as we used to. A group of British researchers analyzed a database of over 5 million books and found that words with emotional content have declined over the past 100 years. They looked at the frequency of mood words — those that expressed anger, disgust, fear, joy, sadness or surprise. The one exception to the declining trend was the emotion of fear, which has actually increased. The use of different mood words also tracks closely with historical events such as World War II, when there was a notable increase of words expressing sadness and a decrease in words connected to joy.

While written works don’t necessarily reflect actual behavior, how we tell stories to our children is a behavior with important outcomes. Listening to how we express emotions helps children develop emotional skills. A recent study published in the journal Sex Roles showed that mothers are better at this than fathers. The mothers in the study used more emotional words and elaborated more when reminiscing with their children about past emotional experiences, both good and bad. By doing so, they let the children know that their perspectives about a situation, and their feelings, were important.

Dads shouldn’t feel bad about these results, or leave the reminiscing to moms, though. Emotional awareness can be learned and enriched. The problem is that emotions, especially the negative ones like guilt or anger, sometimes make us uncomfortable, so we push them deep down inside us. In Japanese Morita therapy, people are taught to accept and co-exist with uncomfortable emotions; since the feelings can’t be controlled, opt to change your behavior instead. Go ahead and do what frightens you instead of letting fear hold you back. 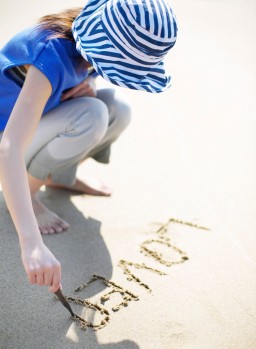 Another way to become more aware of emotions is through writing. James Pennebaker, who developed the “writing to heal” program, had a group of people who were laid off write for 20 minutes a day, for 5 days, about their emotions and what they were feeling. After the study ended, 65% of the people who wrote about their emotions found new jobs, versus 26% in the group who didn’t write. The writing, a form of mindfulness practice, helped people clarify what they were looking for.

Putting yourself in another person’s shoes, imagining what they are feeling, is another way to build emotional awareness. Chade-Meng Tan, who developed Search Inside Yourself, has a practice called “Just Like Me” meditation. It serves as a reminder that most of us want the same basic things out of life, such as happiness, and that all of us suffer sometimes. It is a profound way to feel more connected to others.

Improving emotional intelligence isn’t a task with an end point though. Just as athletes and musicians continue to practice, even after reaching the big leagues, we shouldn’t stop refining our emotional abilities. Richard Davidson, who studies the neuroscience of emotions, says that “There are many sources of destructive emotions in our culture, and … constant barrage of stimuli…” We “need to keep practicing to effectively maintain the gains achieved.”

Comfort zone, time zone, twilight zone, euro zone, green zone, in the zone? As we traverse in and out of various kinds of zones, how can we keep as balanced and true to ourselves as possible?

I just came back from a trip to three different countries in 11 days. While this trip sets no kind of record for whirlwind travel, it still demanded an expenditure of energy in both mind and body to find some kind of equilibrium each day. Stepping into another country takes me to the borders of my comfort zone, at least at first. Then I add crossing time zones, and life definitely takes on a twilight zone feel! 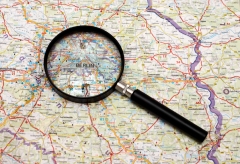 While the body can be helped by following good travel advice like refraining from caffeine and alcohol, drinking plenty of water, and exposing oneself to sunlight every day, how do we handle the mental stress?

I love having new experiences, seeing unfamiliar places, learning new things – but such growth doesn’t happen in my comfort zone. So I had to think about how best to navigate the challenges of meeting a lot of new people, learning my way around strange cities and communicating in places where I don’t speak the language.

On my trip, I happened to be reading Search Inside Yourself, a new book by Chade-Meng Tan about the mindfulness-based emotional intelligence curriculum he started at Google. In the book, Meng describes the emotional competencies that (according to Daniel Goleman) make up self-awareness: emotional awareness, accurate self-assessment and self-confidence.

Meng, who describes himself as a shy person, discussed how he prepared for a speech to a large audience by using these competencies of self-awareness. He made his ego “small enough that my ‘self’ did not matter,” and big enough that he “felt perfectly comfortable speaking alongside” the luminaries at the event. He also kept in mind his strengths and limitations so that he could focus “on adding value where [he] could contribute most.”

I realized that by bringing mindfulness and self-awareness to my experiences on my trip, I was better able to deal with the challenges and turn them into positive events. I’m not the bravest or most out-going person in the world, but by staying present and paying attention to people and situations, I was able to increase my self-confidence and to use my strengths to my advantage. For instance, as a spouse at a dinner with people in an industry in which I do not work, sometimes I might feel inadequate or not “high-powered” enough. But by focusing on my strengths in my own field of stress management, and being mindfully engaged with each person I met, I found that I had plenty to contribute to conversations.

In a similar way, as I navigated streets and neighborhoods, I relied on my strong sense of direction, my curiosity and my desire to see everything to give me the confidence to explore on my own. But I tried to stay emotionally aware so that I would know when I needed a break in the “comfort” zone of my hotel room. 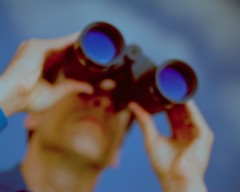 The British writer Lawrence Durrell once said, “Travel can be one of the most rewarding forms of introspection.” In that spirit, I’m still tapping into Search Inside Yourself at home now. I plan to use some of the book’s tools, such as journaling and body scanning, to build even greater self-awareness. After all, we never know when the next trip outside our comfort zone will happen.

It was books that taught me that the things that tormented me most were the very things that connected me with all the people who were alive, or who had ever been alive.